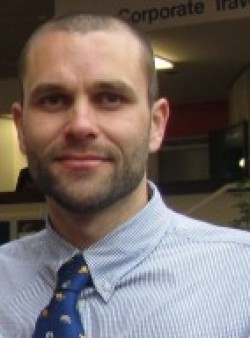 Paul Barendse received the BSc, MSc  and PhD degrees in Electrical Engineering from the University of Cape Town, South Africa, in 2001, 2005 and 2007, respectively. In 2002 he worked for the mining company IMPLATS where he fulfilled the role as junior engineer. He is currently with the Department of Electrical Engineering at the University of Cape Town, where he is a Senior Lecturer.  He is also a member of the IEEE and SAIEE. He specializes in the areas of power electronics, drives and machines. His research interests also include signal processing techniques applied to power applications.