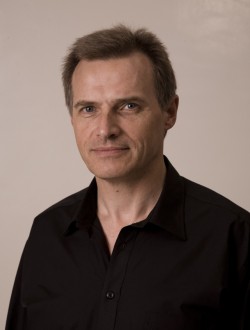 Kobus Mouton was originally trained as an Electrical Engineer at the University of Pretoria. His engineering career started at the National Institute for Aeronautics and Systems Technology (NIAST) at the CSIR as junior engineer in mathematical modelling and control system development. This initial exposure was followed by an extensive career at KENTRON, a division of Denel (Pty) Ltd, where he grew from a mathematical modelling, simulation and control specialist of unmanned air vehicles (UAVs) and guided weapons to a specialist systems engineer on various complex systems, particularly stand-off weapons. He furthered his career as chief vehicle engineer of the South African design and developed electric vehicle, the Joule, at Optimal Energy. As systems engineering consultant he focussed mainly on the area of electrical energy generation, storage and utilisation in the South African landscape. Kobus Mouton’s systems engineering, analytical and integration skills are used for linking multiple new technologies, a key function of SAIAMC Engineering, in his role as Engineer: Systems Integration.