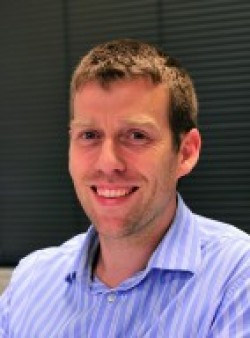 Prof. Bladergroen, a former student at the University of Twente in the Netherlands joined UWC in 1998 as a PhD student and continued as a postdoctoral fellow in hydrogen separation (2003), hydrogen production (2004) and was appointed as research manager for industrial contract research in 2005, followed by a senior lecturer appointment in 2006. In 2011 he was promoted to the level of Associate Professor at SAIAMC where his main role is managing applied research and development activities.  Since 2007 Prof. Bladergroen has been Deputy Director Operations, establishing the operational procedures at SAIAMC. In 2011, his portfolio included Innovation activities at SAIAMC and two HySA projects.  Prof. Bladergroen is the Vice-Chair of the International Association for Hydrogen Energy Youth Division.