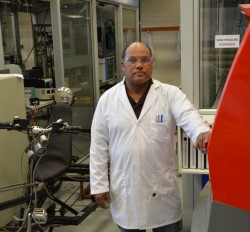 David has been employed variously in the engineering, mechanical and insurance fields for amongst others, Anglo American De Beers Diamond mines at the Namaqualand Kleinzee Mine and the Kimberley and Finsch Mines, at All-In-Repairs Engineering, as a Senior Clerk at the Sanlam Head Office in Bellville, as a shift mechanic at S.A. Nylon Spinners (SANS Fibres) in Cape Town and has joined HySA (SAIAMC) in June 2011 initially working on an Eskom project and then later shifted over to varous HySA projects.