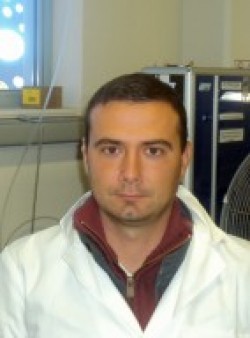 Ivan Tolj, PhD, dipl. ing.  was born on 5th of August 1982 in Split. After primary school he entered high school “Blaž Jurjev Trogiranin” (direction: mechanical technician) where he graduated in 2000. The same year he started his pre-Bologna (dipl. ing.) graduate studies at the  Faculty of Electrical Engineering, Mechanical Engineering and Naval Architecture of the University of Split, direction: mechanical engineering. He graduated (dipl. ing.) in 2005 with a diploma thesis on the topic “LS pump regulation”.

During his studies he received several honors and awards. Department of thermodynamics, thermal engineering and heat engines awarded him „The best student prize“ for an outstanding examination result achieved in the course “Thermodynamics I” in the academic year 2002/2003. The same year he received an award from the company “Konstruktor inženjering” which is regularly awarded to best students of the University of Split. The company “CEMEX” awarded him in 2004 as one of the five best students of the Faculty of Electrical Engineering, Mechanical Engineering and Naval Architecture. Another recognition for outstanding achievements during his studies he received in 2005 from the University of Split („Rector’s award“).

In 2006 he enrolled a doctoral school at the Faculty of Electrical Engineering, Mechanical Engineering and Naval Architecture of the University of Split.

He started to work at the same Faculty in  2007 as a research/teaching assistant on a project financed by the Ministry of science, education and sports of Republic of Croatia entitled “Passive fuel cells to supply oxygen from the air by natural convection”. He has worked on both modelling and experimental aspects of fuel cells R&D. He also participates in teaching on “Thermodynamics I”, “Thermodynamics II”, “Thermodynamics”, “Heating and air conditioning”, “Measurements in engineering” and “Ship machinery and equipment.” As a NATO fellow, in 2007 he attended the summer school “Mini-Micro Fuel Cells-Fundamentals and Applications” in Cesme/Izmir Republic of Turkey.

In 2011 he succesfully defended a doctoral thesis “Temperature field selection in order to improve membrane fuel cell performance” and was awarded a dr.sc (Doctor of Science) from the University of Split.

In October 2012 he joined the HySA Systems, SAIAMC (South African Institute for Advanced Materials Chemistry), University of the Western Cape as a Postdoctoral Research Fellow to continue and expand his research.

He is a member of “Electrochemical society” and “Croatian professional association for hydrogen energy”. He is fluent in English.